Child Refugees to be X-Rayed

Posted on March 31, 2012 by bristolnoborders 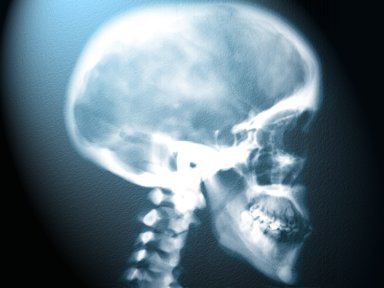 The UK Border Agency is to trial dental x-rays of child asylum seekers in the face of fierce opposition from the medical profession, immigration lawyers and the UK’s children‘s commissioners.

The agency has started a three-month trial of volunteer applicants to establish whether the x-rays would be a useful tool in establishing the ages of asylum seekers, who are treated differently if they are under 18. The move comes three years after the previous Labour government dropped plans to introduce such checks.

Any UK-wide introduction of such tests would be likely to involve hundreds of children and young adults each year.

The children’s commissioners said in a joint statement that they were appalled at what they believed was “a clear breach of the rights of vulnerable children and young people and may, in fact, be illegal”.

Lawyers also warned that the planned trial was unethical and that to x-ray children in such circumstances might constitute assault.

Liam Donaldson, when he was chief medical officer for the government in 2008, backed the medical and dental professions’ warning against the use of checks involving potential harm from ionising radiation when there was no intention of clinical benefit. He also supported their concerns about the scientific evidence over establishing age in such a way.

The resurrection of an idea dropped by ministers in 2008 was revealed in a letter to interested parties from Zilla Bowell, the Border Agency’s head of asylum.

She insisted those who chose not to participate would not jeopardise their claims for asylum or humanitarian protection but said: “Many of you will be aware of the difficulties that arise when we are not able to establish, with any certainly, the age of the asylum applicant. We are keen to utilise any appropriate tool which can increase our levels of certainty (as long as it does not have a negative impact on the individual in safeguarding terms, of course).”

Child asylum seekers are usually cared for by local authority social services departments but the agency has complained that young adults claim to be under 18 to avoid removal.

The pilot will involve volunteers who are assessed as adults by Croydon council, in south London, but maintain they are under 18. They will be given the opportunity to have a dental x-ray at Guy’s hospital, London.

Bowell’s letter states that if x-rays indicate that the individual is likely to be under 18, Croydon council will be invited to review their assessment of the asylum-seekers’ age.

Alison Harvey, general secretary of the Immigration Law Practitioners’ Association, said in a letter to the Border Agency: “Age is disputed with a frequency that gives rise to the most grave concerns, and despite official acknowledgement that you cannot date-stamp a child, the Home Office continues to pursue the chimera of certainty in this area, to the most grave detriment of children who are subjected to doubt, to disbelief, detention and denial of services and now, it is proposed, to irradiation.”

Colin Yeo, a barrister who specialises in immigration issues, said on a blog he edits at Renaissance Chambers, London: “This practice is highly controversial … This brings to mind another example of the application of false quasi-scientific ‘certainty’ to another unmeasurable: measuring skulls to determine race.”

The Refugee Council also criticised the trial. Deborah Harris, its chief operating officer, said: “The fact that numerous professional bodies have previously stated that this is not a sound method leaves us very concerned for vulnerable children caught in the process.”