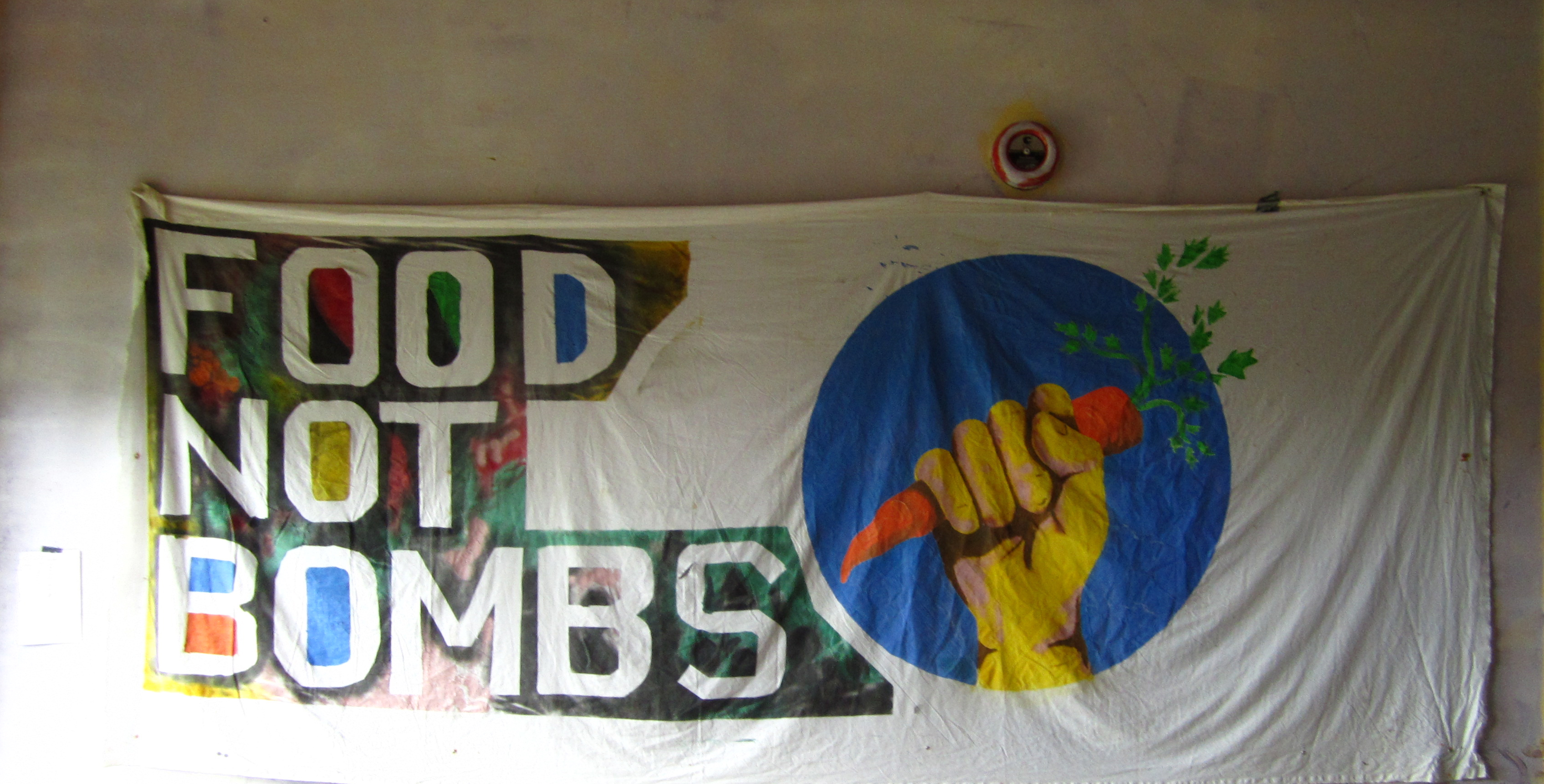 Birmingham Food not Bombs is now operating out of the Birmingham Social Centre. We start cooking food at 10:00am Sunday at the Social Centre then hand out the food at 13:00 at Holloway Circus roundabout outside the Radison hotel.

Food Not Bombs is a voluntary grass-roots collective which believes in DIY ethics and free food. Food should be a right, not a privilege. The idea is to share vegetarian / vegan food with anyone who wants it in Birmingham. So much good food goes to waste in this city, it’d be a shame not to cook it up and eat it.

Birmingham has the highest rate of homelessness in the country (http://www.guardian.co.uk/news/datablog/2011/jun/09/homelessness-england-data ). Birmingham Food Not Bombs is dedicated to taking direct action to provide food to those who need it, through serving hot meals and distributing produce free from the dictates of governments or market based constraints.

Our capitalist society and culture is a shockingly energy intensive and wasteful one. The indirect relationship between producer and consumer means most people have no idea how much energy goes into making the product. The food industry produces large amounts of food waste, with retailers generating 1,600,000 tonnes of food waste per year. At Food Not Bombs we try to prevent food being wasted by redistributing it to the hungry and homeless.

We set up the food distribution outside the poshest hotel in town so that those inside are reminded of their privilege. Further to provide a visual reminder to the rest of us of the inequalities in our society.