Free Soup for the Revolution 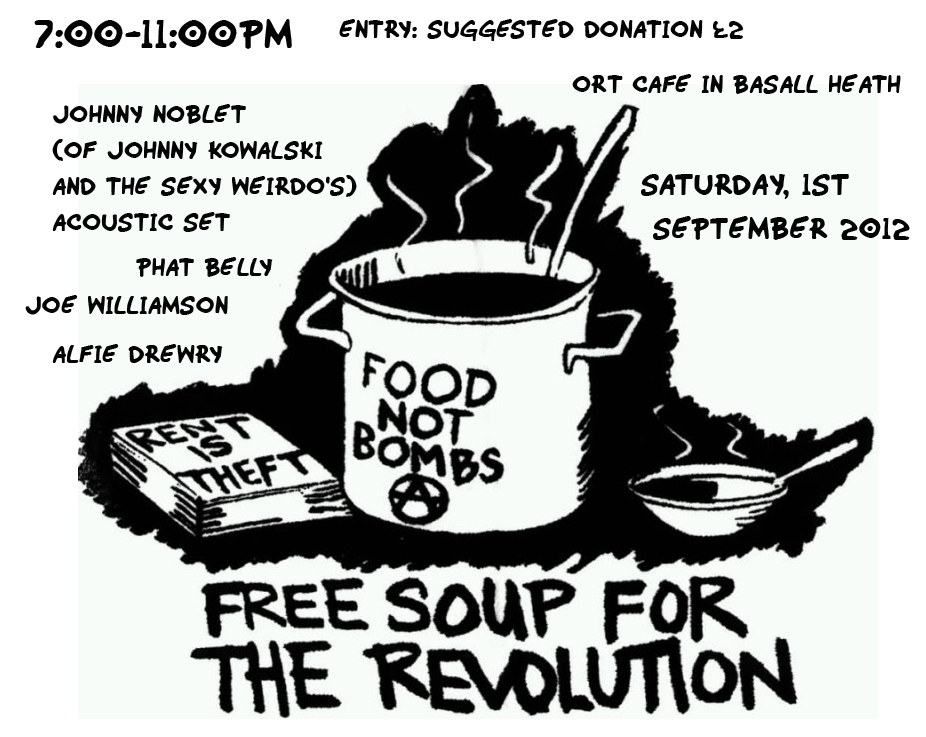 There will be music, raffles, curry, fun, dancing and laughter

Food Not Bombs is a voluntary grass-roots collective which believes in DIY ethics and free food. Food should be a right, not a privilege. The idea is to share vegetarian / vegan food with anyone who wants it in Birmingham.

The aim is three-fold, firstly to feed the homeless and the hungry of which Birmingham has the highest rate in the country and has seen a 25% increase since 2009, a direct correlation with the 29% cuts in spending on homelessness.

Secondly to make use of and reduce the 1,600,000 tonnes of food waste per year by the food industry.

Thirdly to not let society forget. We set up the food distribution outside the poshest hotel in town so that those inside are reminded of their privilege. Further to provide a visual reminder to the rest of us of the inequalities in our society. Something the police are trying avoid with their “out of site out of mind” approach by arresting the homeless for begging

Although most of the food we source would otherwise have been wasted and is therefore free, we are in need of more bowls, mugs, pots and pans.