How the game works: 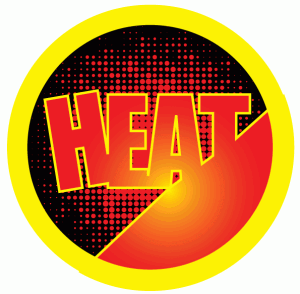 Today’s extra special show is broadcasting from inside our headquarters of British Gas – please excuse us for any unseen network disruptions beyond our control. Now please give a warm welcome to today’s contestant – who is here with her family on the show today.

The host, Phil Bentley, CEO of British Gas, will be putting a family through a daily struggle of survival, having to choose whether to heat, or eat.

The family will be put through a series of rounds, including multiple guess questions, role plays and music interludes. Win, and they will receive points, which they will get the choice of spending on heating, or eating.

The game is full of fun and comedy as well as interesting facts about how the big energy companies are screwing us all over.

You can watch the whole game on livestream, that is until our live-set is evicted!

How many people in the UK die each year due to fuel poverty?
a)    300
b)   At least 2,700 – http://www.decc.gov.uk/assets/decc/11/funding-support/fuel-poverty/3226-fuel-poverty-review-interim-report.pdf
c)    Only the ones who leave their windows open with the heating on
According to a government report the correct answer is B) 2,700 people – at least

Why have the  big six energy companies formed a gang?
a)  to stifle healthy competition
b)  to increase consumer’s prices
c)  to undermine climate laws
A: ALL 3!

What does EMR stand for?
a)    Electricity Market Reform
b)    Ealing Must Revolt
c)    Equitable Merger Rotation

What IS the Electricity Market Reform?
a)   an official bill that is supposed to protect the UK’s energy future and “deliver the best deal for British homes and businesses” that ministers are developing RIGHT NOW.
b)   a way that the Big Six energy companies and the government can ensure business as usual, bloat profits and ignore normal people’s energy needs
c)   a boring piece of legislation that is meaningless unless it breaks out the Big Six monopoly on energy provision and allows good energy providers a look in.
A: all three