This article is a shortened translation of the Turkish original “Suriye’ye çok yakın…” by Ragıp Duran, published in Birdirbir.org on 11 July 2012. We mean this translation to be a continuation of an article series about Syria, which you can follow using the Syria label. 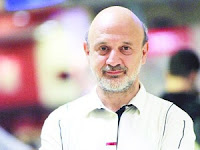 In Antioch, Iskenderun or Samandağ, the people are sticked to a single subject. Journalists, intellectuals, artisans… all are disgruntled. Instead of the tourists who came here or who passed through, they now have “weird Syrians” around. And those other things who speak English…

I saw and heard about it when taking the plane in Istanbul: This time, the Antioch passengers were different. English-speaking middle-aged men. They pretend to be locals but are obviously foreigners. They put some Turkish or Arabic words in-between when they talk. Officially, they are journalists, officials of humanitarian help organizations, Redcross personnel etc. but that they are unofficially something else is crystal clear as if it was written on their faces. I have seen many of them in the 1991 operations in Nusaybin, Cizre, Kamışlı and Duhok.

They were talking about the situation in the refugee camps. They were complaining about translation shortages. One was explaining that his report was not taken seriously. It seems there are not only reconnaissance aircrafts scouting in the Turkey-Syria borders…

The Antioch society is overly unhappy. They took down CHP (Republican People’s Party) after Mrs. Iris and gave the city government to AKP (Justice and Development Party), and they also sent a local to the Ministry of Justice. Yet, thanks to the incredible policies of Erdoğan-Davutoğlu, the border gate in Cilvegözü, the former window of friendship, is now a frozen photograph. No one gets in, no one gets out. And the Uzunçarşı(the Long Bazaar) shopkeepers are deeply grieved. 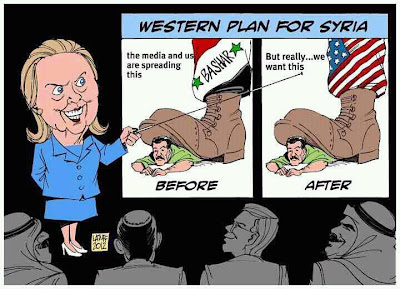 Until now, I read more and deeper analyses and news on Syria in French, English and American newspapers than in Turkish press. In our media there is not even a Syria expert. We do not even know if anyone else other than Davutoğlu is actually interested in the Syrian issue. On the other hand, in Antioch, there are lots of journalists and experts who know Arabic, who studied in Syria and who are quite familiar with Damascus. Of course this group is never on stage as they think differently than Davutoğlu.

The only topic of conversation is Syria here:

Let us empathize to understand better. Is this example enough?

Antioch is melancholic in the hot summer. When was it that Antioch joined the national pact, 1938 or 1939?