A governmental system led by a dictator having complete power, forcibly suppressing opposition and criticism, regimenting all industry, commerce, etc., and emphasizing an aggressive nationalism and often racism.

“Fascism the world over is essentially a middle-class ideology based on nationalism, capitalism, obedience and snobbery. British fascists express this ideology by hating whichever minority is convenient at the time. Fascists appear to have no knowledge of what the word ‘scapegoat’ means.

To be honest I don’t think you can ever reason with fascists. They believe, in their hearts, in inequality – as we believe, in our hearts, in equality. Maybe it is something we learn on our Daddy’s knee. It is like the foundation of your personality which few people ever change, and no amount of skilful argument will alter. Our job is simply to keep the fascists disorganised and defensive, not hope to convert them. Nevertheless, a few ex-NF have come over to our side, and they tend to become the best type of anti-fascists.

British fascists themselves seem to be a proper hotch-potch of weirdoes, paedophiles, social misfits and egomaniacs. These are the sort of people who (to quote Jeremy Hardy) think being born white is some kind of achievement. They are always struggling to unite their forces, then having splits because there are too many Chiefs and not enough Indians (well you know what I mean!). It is odd that they always go on about being ‘tough with law and order’ because by that criteria half their membership would be in prison.”

Words from – “Bash The Fash: Anti-fascist recollections 1984-93” By K. Bullstree

Yep, sorry about that Mr Racist, but it’s true….. 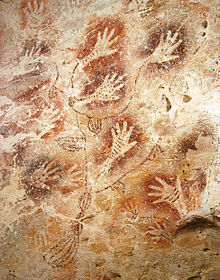 “You and I, in fact everyone all over the world,
we’re literally African under the skin; brothers and sisters
separated by a mere two thousand generations.
Old-fashioned concepts of race are not only socially divisive,
but scientifically wrong.”

The Genographic Project and other scientific research projects provided evidence that ALL humans, past and present trace their ancestry back to a single ancestor who lived in Africa about 60,000 years ago.

Genetic evidence shows all humans are 99.9% identical and do not fall neatly into physical categories some people call races. The differences among us—like skin color and hair texture—evolved as humans adapted to different environments. They account for less than one tenth of one percent of our genetic makeup.

This genetic evidence for our common ancestry comes from real people. Genographic Project researchers have collected DNA samples from many thousands of people from all over the world. They collected some samples from specific groups of people that have lived in the same geographical place and in relative isolation for many years—like the Hadzabe Bushmen that Donovan Webster met. Researchers also collected DNA from thousands of members of the general public…even you Mr Racist!

Hatred or fear of Muslims or of their politics or culture

Who are the Far right Groups?

Please also note that the information here is always a work in progress and listed in alphabetical order. Updates and more information are always welcome to our email address.

– A big thank you to all the sources of Information and links for this page from everyone here at AFA towers.