Round up of London ABC Actions! (June & July) 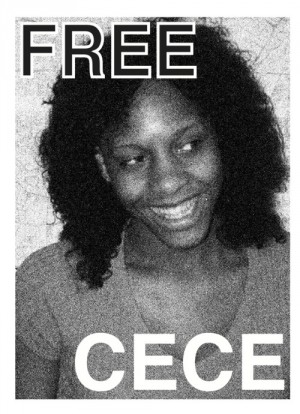 On 16th June we attended a demonstration at the American Embassy to support CeCe McDonald. CeCe has been jailed for 41 months for manslaughter in Minneapolis after defending herself from a racist and transphobic attack. Supporters from round the country came to show solidarity, hand out leaflets, chant our support and exchange news about the case. A card was signed to send to Ce Ce.
More details on CeCe’s case can be here.

In Belarus at least thirteen people are imprisoned explicitly for their political beliefs, so in response to a call from the Belarusian Anarchist Black Cross we organised a demo outside the embassy in Kensington Court on Monday 2nd July.
We duly arrived at noon with placards and banner and began some chants. However it’s difficult to get much response from the public in the posh end of London unless you really stand out. Fortunately the jittery embassy diplomats panicked at just the sight of us and the picket was soon swelled by 7 armed coppers from SO6 the diplomatic protection squad.
They demanded we move to the other side of the road. We wouldn’t. “So it’s a Mexican stand off” quotes the chief rosser. Well sort of, but we didn’t have any shooters. Hence a tactical withdrawal to the sunny side of the street which turned out better as everyone in the embassy and visitors got a clearer view of the placards.
We stayed in hope of making contact with the regular picket by Belarusian comrades and were rewarded by meeting them in the late afternoon. By the time we left the area in early evening we had outstayed the cops and could celebrate the first not rained on demo by London ABC. 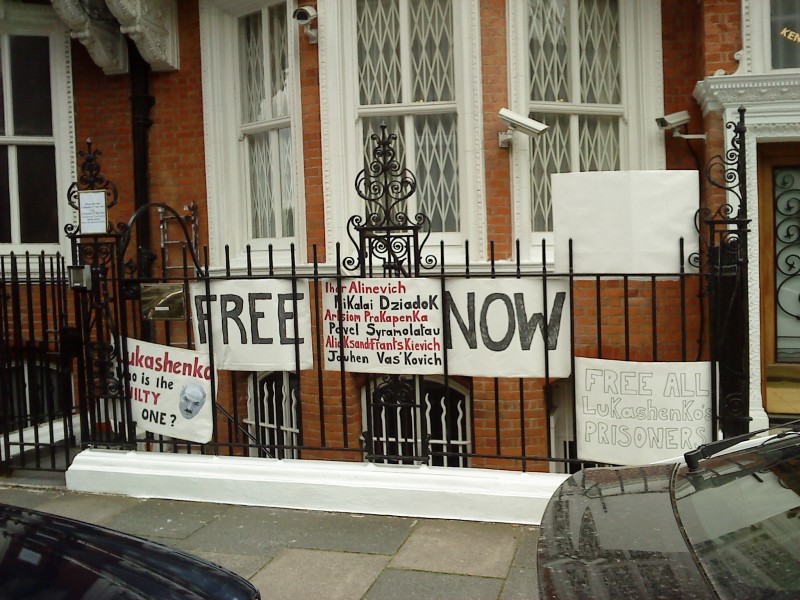 International Prisoners Day is on the 10th August and it will be no surprise that we are planning a surprise action. Prepare to be surprised!

London Anarchist Black Cross, is a collective set up with the aim of supporting prisoners: political prisoners, people in detention centers or just people fucked over by the capitalist system.
View all posts by londonabc →
This entry was posted in Demonstrations and tagged belarus, CeCe McDonald, political prisoners. Bookmark the permalink.