Citizens and Goddesses of Democracy Outside 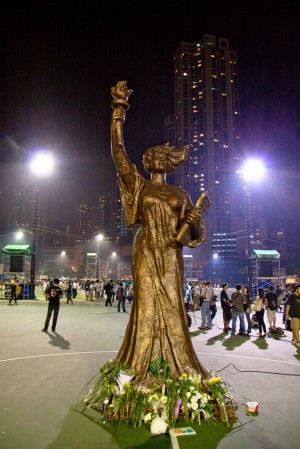 The 2012 tour of Democracy Outside is only possible through the collective effort and individual commitment of people who want to find a new way to activate public democratic exchange. These are some of them.

Citizen: A citizen is “one owing allegiance to a state in which sovereign power is retained by the people and sharing in the political rights of those people” – Merriem-Webster