How to Confront Police Violence

A “Street” Guide for Protesters

Editor’s note: This is a compilation of news items and articles originally published in Turkish. With the exception of the introduction, we do not claim any intellectual nor political credit for the text. All the analyses belong to the authors of the texts referred to at the end of each paragraph. Yet, the mistakes and misinterpretations are due to our misunderstanding of the analyses.

Please read our previous news item on the subject and check the Syria label for further comments.

On Saturday, May 11th, two car explosions were reported in Reyhanlı, Turkey. The first numbers were 4 dead and 20 injuries. The number of deaths later increased to 8, then to 22, and then to 46, and then came the media blackout issued by the government, prohibiting any kind of journalist activities on the matter. In general, such big events cannot be analyzed without a big margin of error due to macro-political secrecies, but this time we do not even know how many citizens lost their lives. There is a widespread rumor, claimed to be reported by local hospitals, that the actual number is 177 deaths, and as for injuries hundred seems to be the significant digit.

This news item aims at separating evidence-based factual information from speculative analysis. This is not to underrate political analysis in any way. Due to media blackout accompanied with auto-censorship in mainstream media, it became especially difficult to reach proper information on the matter. Therefore, we have had hard time preparing a well-designed analysis.

After the explosions, government officials pointed the Assad regime and so did the media. Vice prime minister Beşir Atalay claimed that the investigations concluded that Al Muhaberat, an organization allied with the Syrian government forces, is responsible for the attacks. Minister of Internal Affairs Muammer Güler confirmed Atalay’s statement.[1] On Sunday, 10 people were arrested for investigations. The authorities did not let anyone enter the crime scene, including parliamentarians of the opposition parties. A deputy reported that the excuse was that they were collecting evidence, yet what the deputies observed was that the police was destroying evidence with heavy construction equipment. [2]

The locals are outraged due to the complete indifference in media, as almost all TV channels continued showing their prime time programs, ranging from sitcoms to reality shows. One local, when noticed the camera of a BBC journalist after a funeral, complained “What are you doing? We warned you hundreds of times before, you ignored it. Look, I am an enemy of this state. Let them put me in jail, I hope they do.” Another one reacted “So many people died, no one is sharing our sorrow. TV channels are shouting at us with their entertainment shows. What kind of mourning is this?” [3]

The National Intelligence Service (MİT) claimed that the bombs were loaded in Ar-Raqqah, Syria. This does not seem plausible due to the followings: Since March, Ar-Raqqah is under control of the Al Nusra Front, an organization affiliated to Al Qaida. It is a town that is 300 km away from the Yayladağı border gate, which MİT claimed the cars crossed the border. The area is strictly controlled both by the Syrian state and by the rebels. Furthermore, this would imply that two cars loaded with explosives managed to pass through the border gates of Turkey, which in fact turns out to be the only reasonable part of the narrative. [4]

The government officials repeatedly argued that this was the first time the Syrian civil war affected Turkish citizens. This is plain wrong, recalling the terrorist attack in Gaziantep in August 2012 killing nine [5] (successfully covered up by the government), and the Free Syrian Army militants who tried to cross the borders without passport check and get into a conflict with the security forces on May 2nd, killing one security official in Akçakale. [6]

What is actually happening?

There are two scenarios voiced by the political analysts.

First is that the Syrian regime is responsible for the attacks, menacing the Turkish government for supporting and sheltering the rebels. The aim is to put Turkey’s Syrian policies into question in public opinion and therefore isolate Turkey’s aggressive interventionist policies with respect to Syria. As Turkey would not get enough support from the US, who in turn is continuing its bargains with Russia, Turkey would have to converge into a more cautious position.

The second scenario is that the attack is a provocation to get Turkey involved in the conflicts in Syria. Some elements in the opposition organized the attacks to create outrage and terror in the public, resulting in a more aggressive policy with respect to Syria. The government, in search of becoming a “regional leader”, may have direct role in the attacks. If it doesn’t, it would still use this opportunity with this perspective. In short, the attacks are a kind of September 11 for Turkey, a provocation to make the government take active part in the Syrian civil war. [7] 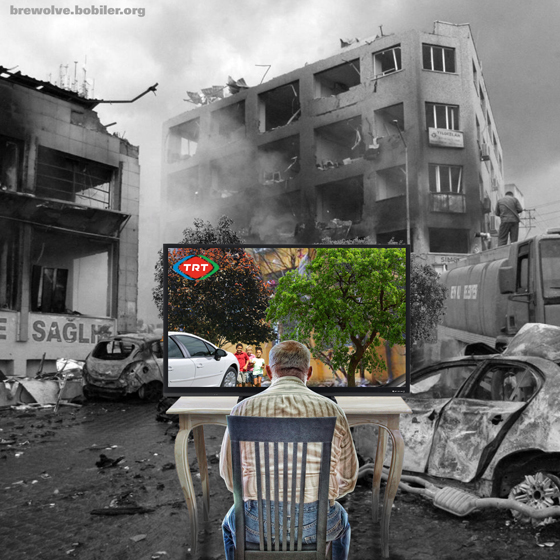 We observe that the latter scenario is swept away in mainstream media, both Turkish and international. Yet it is voiced coherently among Turkish left, and we therefore want to highlight some of its main features below.

We start by summarizing an analyis by Hamide Yiğit in Sendika.org.

The explosions were first reported in The Syrian Revolution 2011 website of the Free Syrian Army (FSA). The website said “Explosions in Reyhanlı. Tens of deaths.” This does not sound natural, given that Turkish news agencies were yet reporting 4 deaths at that moment.

Yet there is an important detail. Mohamad Damascian who uploaded the video to the page commented “Admin, here is the video. Take it Erdoğan. With Allah’s permission, the next bomb will be in Ankara, pig!” After a while when the Turkish media and the Syrian rebels started to state that the attacks were done by the Assad regime, the video was deleted and re-uploaded without the comment. Yiğit notes that this website consists of heterogeneous members, belonging to a variety of opposition groups. Hence, it is not straightforward to relate a post with a particular organization such as Al Nusra or FSA.

It is well known that FSA and Al Nusra have conflicts of interests, although both are supported and partially controlled by the Turkish government. After the US and France putting Al Nusra into the list of terrorist organizations, it is plausible to assume that Turkey may have put a distance, and that therefore Al Nusra is now attempting to threaten the government.

Lastly, Syrian Information Minister Umran Zubi made a press conference on Sunday and argued that “the real terrorists are Recep Tayyip Erdoğan and his government”. Zubi firmly rejected any responsibility and relation to the attacks, calling the dead citizens “martyrs”. He also underlined that the Turkish government is trying create an excuse to take the support of NATO for invading Syria.

Next, we highlight some points in an analysis of Hatice Pınar Şenoğuz, published in Bianet.

The article of Şenoğuz highlights that the Turkish state is actually standing firm in its border policies, in a semipermeable way.

The government first called the refugees “guests”, but later, when necessary, did not hesitate to send them back through the mined zone (Kilis, September 2012) or to start shooting at the borders to stop new comers due to lack of space in the camps. (Kilis, September 2012 and Akçakale, April 2013) When the tensions increased in Hatay, the city governor sent the refugees out of town. However, the government did not bother about the tensions caused by the rebels sheltered in the camps nor did it reallocate military camps to less tense regions.

Finally, we would like to emphasize that government officials never mentioned a call for a national mournin (although RedHack organized one by hacking the website of Hatay City Governance [9]). This may be considered as a further evidence to argue for the government’s intention for increased aggression.

Now we are waiting for the Erdoğan and Obama meeting, it seems only after that will we receive more news/analysis about Reyhanlı according to the needs of this strategical collaboration. 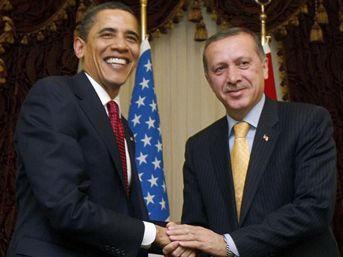